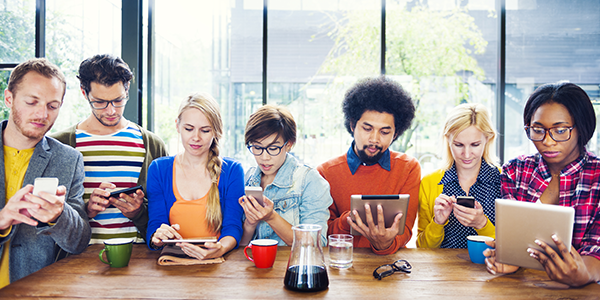 Marketers have long known advertising is no longer a one-way street. The social world has meshed with the so-called “real world,” with text conversations acting as bridges between in person meetings. However, in advertising, we still treat “social” and “traditional” as two separate channels.

Recent data indicates that the bridge between traditional and social has spread— at least when Twitter and TV is concerned. This means content strategies might be changing in the very near future to reflect consumers’ multiple screen habits. In a world where personal video recorders, Netflix, and streaming are commonplace, it can be easy to think that TV is on rocky ground. However, there’s still nothing quite like watching an event the day it airs and talking about it with your friends. Twitter makes these conversations easy and real time, providing brands with a unique opportunity to engage with an influential audience.

Hashtag integration with live shows is slowly becoming commonplace. This season of So You Think You Can Dancedecided to give Twitter the power to save two dancers out of the bottom six, with the judges saving another two.Face Off, a competition reality show based around special effects makeup, has Twitter handles for the contestants. TLC often airs repeats of their programs with added Twitter commentary to show viewers’ reactions.

So what does this mean for brands? A lot, actually.

According to Adweek, 19% of people will consider trying a brand that engaged with them around a TV program. On top of this, 4 of 5 users active during primetime hours mention brands in their tweets.

Instead of simply having to rely on catchy commercials and jingles to gain traction, brands can now have genuine engagement between viewers around TV shows. Social media allows for unprecedented interaction, and conversations no longer have to rely around branded messages.

Facebook is catching on this trend, too. They’ve recently offered viewers three new ways to interact with their favourite TV shows, trying to compete with Twitter as being the go-to television social media. Whether or not these features pan out for companies is yet to be seen, but it could potentially further integrate traditional and social media into a single, indistinguishable whole.

Other media is almost certainly going to follow suit, with the availability of sharing and contributing to news articles online and augmented reality continuing to make strides. Marketers should think less in terms of “traditional” and “social,” instead viewing all media tools as complimentary tactics. The social world is here to stay and continues reinventing how we interact with the world around us. Those who ignore the shift will almost certainly be left behind.